This post is to report that things are going really well with the NEW Google Sites, far better than I ever expected. I need a reliable, free web publishing option to recommend to my students, and for the past seven years I’ve been using Google Sites (before that I used Netscape Composer and its successor, Mozilla Seamonkey, until my university abruptly stopped supporting student web spaces in 2010). If students want to use Wix, Weebly, WordPress, Tumblr, etc., that is fine with me, but I choose just one platform where I provide detailed step-by-step tech support, and for seven years that platform was Google Sites.

So, it was with considerable trepidation that I switched to Google Sites this semester… but now that the students’ websites are up and running for the semester, I can say that I am very happy about it! The new Google Sites approach to web design is not something that would appeal to me personally, but it sure does appeal to my students. The sites look like websites are “supposed” to look!

Plus, it has proved far easier to support than the old Google Sites. With the new system, I’ve managed so far just to provide three support pages: Create a Site, Images, and Sections. That’s all! I may or may not need to add a page to help with navigation, but so far that is going well and the students have not had any questions (as opposed to the nightmare that was the old Google Sites navigation system).

I’ll have more to say about this in a few weeks as students add more and more pages to their sites! I’ve got 40 websites going this semester, which is about half of my students; the other half opted to just do their projects inside their existing blogs. That’s about typical, but my guess is that next Fall, when the students see these nice-looking websites from the Spring, more of them will want to try creating their own (the Google Sites of the past did not exactly inspire in that way as you can see in the archive).

It’s all about peer learning: thanks to the brave pioneers of this semester, I will have student-created sites to use as examples with next semester’s students!

And just to provide a glimpse, here are a few screenshots and links to some of the sites so far; as the weeks go on, each student will be adding three or four story pages to go with the current homepage and Introduction page; here’s how it all works: Student Projects.

This is a project about the love life of Pegasus the flying horse: 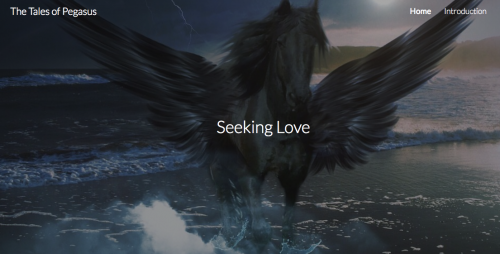 This student is collecting lesson materials to use when she begins teaching school next year:

This is a project about the proverbial nine lives of cats: 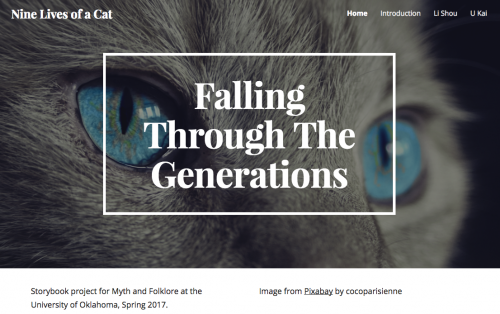 This is a project on Indian Epics stories retold in the American Wild West:

This student has traveled in India, so her project is a food and travel guide: 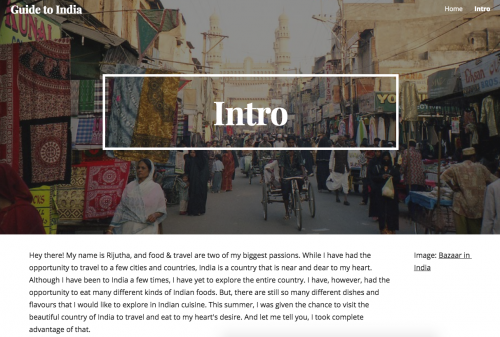 This project will be using medical urban legends from Snopes.com retold as Grey’s Anatomy stories: 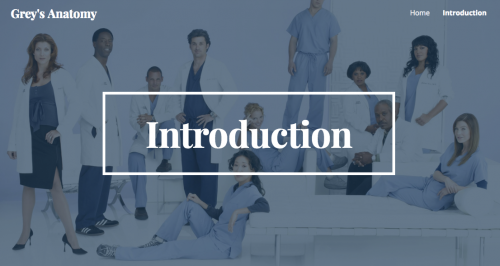 What a long week, but it was soooo productive! I’m going to write up a kind of highlights of this week here just to remind myself of why I am so tired (TGIF: Thank the Goddess It’s Frigg’s-Day), but also why it was such a good week!

1. Google Sites. First and foremost, my students started publishing their project websites. There will be a lot more this weekend, but I had 8 sites go up (Myth-Folklore, Indian Epics), and I was so relieved: the new Google Sites seems to be working great! I’ve been using the old Google Sites since 2010, but I’ll be the first to admit that the old Google Sites was kind of clunky and weird. In particular, the navigation options, while good, were very hard to configure. In the new Google Sites, everything is streamlined; it’s not really my style of web publishing (no access to the HTML at all now), but for my students, I was guessing it would be better than the old Sites… and so far, so good! I put up just one simple page of instructions, and based on that, the students published these sites without asking me a single question about anything! Probably 30 more sites will go up this weekend, so I’m hoping they will all go just as smoothly, and look just as nice, as the ones so far. Check out The Tales of Pegasus: Seeking Love! Nice! 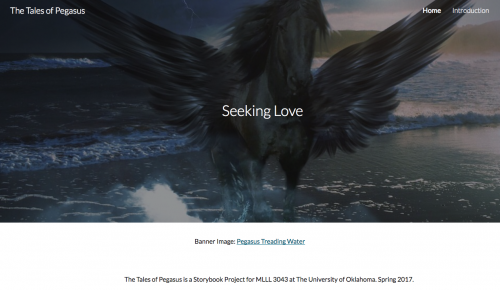 2. Twitter4Canvas. I made a breakthrough with the Twitter4Canvas, figuring out how to share not just a Twitter widget but an entire configured page. I was thinking that it really would be great if all the faculty in the Ed School were promoting @OklaEd chat with all their students, and offering a fully ready-to-go Canvas Page might be the way to do that, so here’s what I came up with: Twitter Widget Ready-to-Use: @OklaEd. I need to document the steps this weekend, because the real goal is not for me to build these pages, but for other people to build and share pages this way. I’m really starting to see this Twitter project as a serious form of distributed content; now I just need to find some people at my school willing to experiment on it with me. I will shamelessly start contacting people by email over the coming weeks to see who’s interested! The selling point is that we are going all-Canvas next Fall, so now is really the time to develop plans like this, test them, and then be ready to promote them heavily with the full Fall roll-out. Fingers crossed.

3. Feedback and Growth Mindset. I watched a CanvasLIVE video that really got me excited about developing more of my growth mindset and feedback materials, especially using distributed approaches like javascript widgets. Here is the video and my thoughts: CanvasLIVE with Janie Ruddy: Feedback!

4. Brainstorms. I also brainstormed all the topics I would eventually like to share through the CanvasLIVE program: Brainstorming. This is going to keep me busy for months, ha ha. But that’s good. When I shared this with my supervisor in the College of Arts & Sciences (I don’t have an academic department; instead, I am employed by the Dean’s Office to teach Gen. Ed. courses online), she was really supportive and enthusiastic, so that made me feel good too. She’s known me since I first started teaching online, and so she can appreciate what an opportunity Canvas has given me: I’ve always wanted to share more of my work with others, but I know most faculty are not going to want to have their own websites and blogs; they want to work in the LMS. Now, with Canvas, I can share my work in ways that integrate with the LMS, making it truly useful to other faculty at my school. I’ve been using widgets and such for over 10 years and now, finally, I have ways to “show and tell” … and I’m just as excited as a little kid in kindergarten on “show and tell” day!

5. Twitter. I really enjoy Twitter as a way to collect and share content with my classes, but this week Twitter AS THERAPY was amazing. From #DressLikeAWoman to #ActualLivingScientist to #ShePersisted, I was so glad and even proud to be a user of Twitter this week, and I look forward to more Twitter consciousness-raising hashtags in the future. Two things I really value: humor AND social justice. We are going to need lots of both in the months to come.

Finally, I also got around to watching For the Love of Spock (free at Netflix!). I cannot hope to find words for how much this film moved me; Spock was my best friend when I was growing up in the 1970s — we moved around a lot, and as a result I had attended 9 different schools by the time I graduated from high school in 1986; I was the “weird new kid” over and over, a friendless and freaky geek. Friendless, that is, except for Spock and my other imaginary Star Trek friends. So, even if you are not a Trekkie, this is a really lovely film…and if you are a Trekkie, it’s a must-watch. But get out your handkerchiefs, especially for the Burning Man scene at the end (you’ve been warned!).