I learned a lot when I explored the Canvas feature requests related to the inflexible Canvas Gradebook which offers numeric grading only (see yesterday’s post). Tomorrow I’ll strategize about how I might be able to re-open one of those feature requests; in this post, though, I want to share some of my thoughts about the evils of grading on a 0-100 scale. I am opposed to any kind of grading (I vote for feedback, not grading), but the percentage scale strikes me as especially harmful. Here’s why:

It promotes a false sense of accuracy. When you see a numeric grade like “87” (or, even worse, “87.3” … decimals!), the number gives the impression of scientific accuracy, but that is only a faux accuracy. Unlike real measurements that are based on a scientific standard (temperature, time, etc.), there is no standard for numeric grades beyond the assessment instrument itself. An “87” on Mrs. Cathcart’s French quiz last Tuesday has nothing at all to do with an “87” on Mr. Diggory’s spelling test last Friday.

It promotes a false sense of precision. Just as numeric grades pretend to be accurate, they also pretend to be precise, when they are not precise at all. Sometimes that imprecision is because the grading process itself is subjective, but even for “objective” assessments, we all know student performance can be highly variable from one iteration to another; just ask the student who had a migraine on the day of a test, etc.

It makes trivial differences seem real. Grouping students as “A” or “B” or “C” students is bad enough (my school has no pluses and minuses, thank goodness; so at least we are keeping the absurd herding to a minimum), but pretending that a student with a grade of 87 is “better” than a student with a grade of 86 is just silly. Students know this, which is why they are so quick to complain (understandably) about receiving a B for an 89 as opposed to an A for a 90.

It promotes the illusion of perfection. In my opinion, perfectionism is one of the biggest pitfalls in academic life, and there is nothing like a 100-point scale to promote that dangerous illusion of a “perfect score” (and I say that as a recovering perfectionist). For more on growth mindset versus perfectionism, check out Carol Dweck’s great talk on this topic: On Being Perfect.

Numbers are poor quality feedback. As I mentioned above, I believe in feedback, not grading. A number scale might make a student feel good or bad (even very good or very bad), but the number itself is useless as feedback, positive or negative; it does not communicate to the student what to do next to improve and extend their learning.

The curse of “100” has been with us for a long time (see A History of Grading by Mark Durm and The Case Against Percentage Grades by Thomas R. Guskey), and I have no doubt that it will be with us a long time to come.

But that doesn’t mean I have to like it. 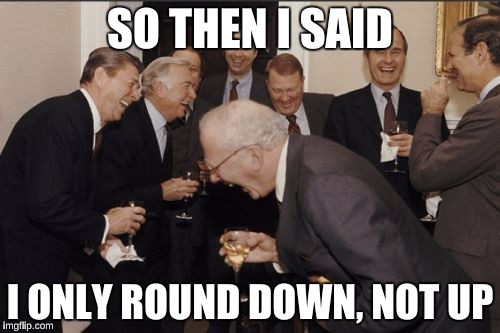